The introduction of heroin shooting galleries in Scotland is key to bringing down deaths, the Scottish Drug Death Taskforce has claimed.

In its report ‘Changing Lives,’ the quango set up by the Scottish Government in 2019 recommends that ‘supervised drug consumption facilities’ (SDFCs) be rolled out nationwide.

Westminster has repeatedly rejected calls by Scottish Ministers to allow the introduction of officially sanctioned rooms for addicts to inject themselves.

The report states: “Introducing SDCFs in Scotland would provide a supervised space for people who use drugs to take them safely.”

It urges the “Scottish Government to explore all options within the existing legal framework” to support their delivery.

Taskforce recommendations include “enabling the provision of drug paraphernalia” through “harm-reduction” services.

Core group members, all appointed by the Scottish Government, also laid the ground for the decriminalisation of drugs, claiming: “We found tentative support in our Drug Law Reform engagement exercise for a move towards decriminalisation or a regulated market”.

SNP Minister for Drugs Policy Angela Constance hailed the report as a “bold blueprint of what needs to be done” and said she was ‘committed’ to SDFCs.

But The Christian Institute’s Simon Calvert warned: “Shooting galleries have no place in a responsible and compassionate response to the scourge of addiction.

“Dangerous drugs can never be taken safely, and for the Scottish Government to suggest otherwise is a dereliction of its duty to protect individuals, families and communities from the destructive effects of illegal substance abuse.

“On this trajectory we can, I fear, only expect more deaths. Politicians and police officers across the UK have been going increasingly soft on drugs for years and look where it has got us.”

National Records of Scotland (NRS) figures show that there were 1,330 drug-related deaths in 2021 — the second highest annual total on record, and the worst in Europe. 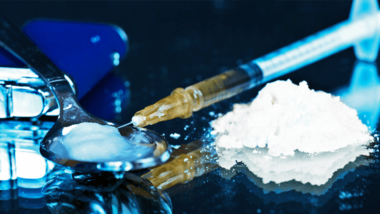