Parents and teachers are being warned over the use of teaching materials being distributed by The Proud Trust for LGBT+ History Month in February.

The materials for use in schools and at home have been criticised by The Christian Institute for promoting radical gender ideology, attempting to indoctrinate children into LGBT activism, and implying that believing in traditional marriage is discriminatory.

The resources do not properly reflect the legal requirements for what must be taught in schools, and schools which follow and deliver certain lesson plans could be in breach of the law.

In one lesson, secondary aged children are required to each design a badge for next year’s LGBT+ History Month and then choose which one they think is the best.

The aim is for pupils to understand the background to LGBT+ History Month “and the importance of fundraising for the organisation behind it”.

However, the Education Act 1996 forbids unbalanced treatment of political issues in any subject. Schools are required to offer a balanced presentation of opposing views. Making pupils express a view they may not agree with also has free speech implications.

In another lesson, children are told to “imagine a Y9 student returning to school after summer, but they return to school as their true self. They have come out to the school community as trans, and now their gender expression matches their gender identity”.

Pupils are asked to “list the challenges” the student may face in PE lessons, including accessing the changing rooms or toilets of the opposite sex, or participating in lessons where boys and girls are split.

They are then told to write a letter to a member of staff such as the headteacher, listing the ‘barriers’ and asking for them to be removed.

Suggestions in the material include introducing a “zero tolerance policy for LGBTphobia” and “LGBT+ inclusion training for staff”.

Another suggested change is for the school to have unisex toilets.

The Christian Institute’s Education Officer John Denning said: “It is completely inappropriate for lessons to push one sided arguments as if no other viewpoint exists, when everyone knows these are contentious areas. That’s not honest, and it’s not proper education.

“It’s even worse to co-opt/force pupils to lobby for changes that many of them don’t agree with and which could put the school in breach of the law.

“It is time for schools to start saying no to organisations which abuse the education system by promoting teaching materials to advance their skewed agenda.” 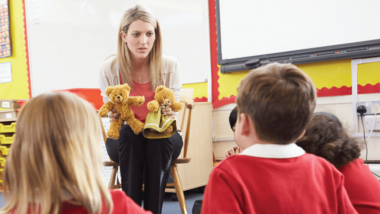