The Government’s changes to its Online Safety Bill in response to major concerns about freedom of speech do not go far enough, The Christian Institute has said.

Presented in Parliament yesterday, the Bill seeks to clamp down on online content deemed ‘harmful’.

Despite changes that the Government claims will protect free speech, it has not bolstered the weak duty to ‘have regard to the importance’ of freedom of expression.

The revised Bill requires firms to address content which the Government has explicitly labelled ‘legal but harmful’. This could include the promotion of self-harm, harassment and eating disorders, but the definition could go much further.

They could be fined up to ten per cent of their annual global turnover if they fail to do so.

Senior executives could also face fines or jail time if they do not comply with investigations conducted by the designated regulator, Ofcom.

Under the draft version, companies also had to tackle content that they considered might cause “a significant adverse physical or psychological impact” on adults.

This led to concerns that such firms – which have already censored gender-critical views – could be further encouraged to ban such content in order to avoid the hefty fines.

However, they will still be permitted to decide for themselves whether to censor, restrict or promote flagged content – so long as it is clearly defined in their terms of service – risking restrictions on traditional views.

The Bill does also force all websites which publish or host pornographic material to ensure they have “robust checks” to prevent under-18s from accessing the content.

Perpetrators face up to two years in prison, and measures will be introduced to protect people from being abused online by anonymous trolls.

Culture Secretary Nadine Dorries claimed the legislation would make the UK “the safest place to go online”. However, The Christian Institute’s Head of Research Dave Greatorex said that, despite some improvements, there are still significant concerns with the Bill.

“We welcome the properly targeted parts of this Bill, like criminalising cyberflashing and preventing children accessing pornography.

“And social media companies will inevitably go far beyond what the law sets out.

“Ineffectual free speech duties mean there is a significant risk that in the eyes of ‘Big Tech’ conservative, traditional views on marriage, sexuality and gender are seen as valid targets for censorship. We do not want mainstream Christian views to be at the mercy of Silicon Valley wokery.”

She said: “The new Bill is a departure from Britain’s carefully balanced right to free speech, instead giving state-backing to social media companies’ distinctly San-Fran, restrictive content policies where they relate to the Government’s ‘priority harms’.

“The priority harms are whatever the Secretary of State wants them to be and can target either lawful or unlawful speech.”

Carlo said the Government should have put greater focus on protecting people from crime online, so that “predators, stalkers, terrorists and racist abusers are not just suspended by social media companies but actually face the full force of the law”.

She continued: “Everyone agrees that if something is illegal offline, it must be illegal online too.

“But instead, the real change under this new law is the invention of a complex new bureaucracy whereby things that are perfectly lawful to say offline will be strictly regulated online – for our own ‘safety’, of course.”

She concluded: “Liberal free speech values are fast becoming relics of our best traditions, left behind in the wake of safety fundamentalism that even encapsulates emotional safety.

“Indeed, the Bill creates new communications offences for speech that may cause ‘psychological harm’. There is no clinical definition here, and I have a feeling that in the Twittersphere this threshold will be interpreted very liberally.” 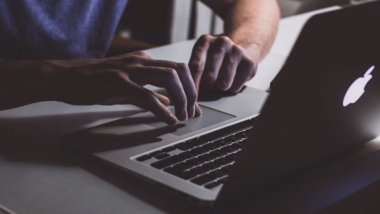