Leeds residents are “furious” after a review concludes England’s only ‘red-light district’ should keep operating.

The zone was set up six years ago in Holbeck, Leeds by a partnership between the council and the local police. The police agreed to turn a blind eye to prostitution between 8pm and 6am seven days a week.

In an official statement, Leeds City Council said: “We continue to believe the safest approach is to neither sell nor buy sex on the street, and the ideal outcome continues to be that street sex work does not exist.”

In 2018, the zone was described as “a disaster from day one”, and growing discontent led to a group of residents protesting every fortnight for the zone to be removed.

Teachers at a nearby school and local residents reported used condoms and needles being discarded in local parks and on school grounds.

One of the councillors who set up what is officially called the “Managed Approach”, revealed that between 2016 and 2018 at least 67 violent or sexual offences took place inside the zone.

The review was conducted on behalf of Leeds Council by researchers at Huddersfield University, who claimed the zone had reduced the prevalence of prostitution in the Holbeck area and said a “major success of the scheme” was the reduction of sex litter.

But it did concede that the scheme had “neither functioned or performed well” until 2018, when there was a management overhaul.

The survey interviewed 30 people, including twelve prostitutes but only three police officers and two councillors. Of those, 75 per cent said the scheme should remain, but “needed to change in some way”. Group interviews were also conducted with 18 Holbeck residents.

The review admitted its findings could not be taken as representative of the people of Holbeck, with only six per cent of residents responding to an online survey. However, it concluded that there was “no alternative approach that promises to be more effective and that fits within existing laws”.

Local residents’ campaign group Save Our Eyes said the review had “not taken seriously the frequent threats to residents from prostituted women, pimps and kerb-crawlers”.

A spokeswoman said many residents were “furious” about the report and that one resident, whose twelve-year-old daughter had witnessed a rape, said she was “too angry to even talk about it”.

She added: “The zone is supposed to be suspended because of the pandemic but they haven’t stopped. The street prostitution and pimping has started up again after lockdown”.

Residents are expected to issue their own report in the near future which will be based on interviews and public meetings with residents.

The council will discuss the Huddersfield report, but Councillor Debra Coupar said residents’ concerns “cannot and will not be ignored”. 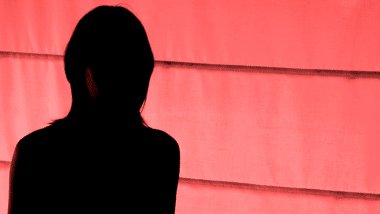 Legal prostitution zone ‘a disaster from day one’

Leeds prostitution zone ‘out of control’