Quickie divorce law comes into force in England and Wales

The new quickie divorce law in England and Wales is a “huge mistake” which will lead to an increase in broken families, a pro-marriage group has warned.

Colin Hart, Chairman of Coalition for Marriage (C4M), said: “We are extremely disappointed that the Government has ignored all the data and strong arguments against speeding up the process, under the delusion that no-fault divorce will somehow prevent hurt feelings and bad break ups. They will not.”

The Divorce, Dissolution and Separation Act 2020 came into effect on 6 April. Under the new law, couples can divorce in six months without having to give a reason and a spouse cannot contest the decision.

Previously, anyone wanting to divorce their spouse had to prove their marriage had irretrievably broken down through either adultery, unreasonable behaviour, desertion, or separation for two years with their spouse’s consent, or five years without.

The new law includes a statutory 20-week period that the Ministry of Justice describes as an opportunity for couples “to reflect and turn back”.

Mr Hart said: “What these changes will do is hasten the divorce process, in some cases by many years, leading to a spike in the number of break ups. We suspect these include many of the thousands of divorces a year that were started under the old system but were subsequently abandoned, as couples, given the space and support they needed, realised they were better off staying together.”

He concluded: “The Government is making a huge mistake ploughing on with these reckless changes – a mistake that will be measured not just by cold official statistics, but by broken families and ruined lives. We hope they think again.”

Katie O’Callaghan, a partner at London-based law firm Boodle Hatfield, claimed the requirement to ‘pause for reflection’ under the new law was an “unnecessary” delay which is “stringing out” the divorce process.

Ciarán Kelly, Deputy Director of The Christian Institute, said: “The ink is barely dry on the quickie divorce law and the calls have begun to make divorce faster still. The reflection period for couples in difficulty is already disgracefully short. More time is needed to help couples reconcile, not less.” 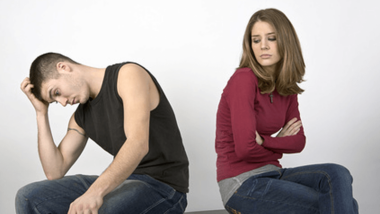 ‘Divorce on demand’ challenged in House of Lords