Professor Lord Robert Winston has lamented that responding to gender ideology with biological fact inevitably leads to being targeted by activists.

In a debate on Question Time, the Labour life peer, who is also Emeritus Professor of Fertility Studies at Imperial College London, was asked about his thoughts on free speech and academic freedom in light of the recent harassment of gender-critical feminist Professor Kathleen Stock OBE.

Stock has openly stated her belief that biological men cannot become women, and in response activists put up banners around Sussex University, where she works, calling on her to be fired.

When asked for his views as a former Vice Chancellor of Sheffield Hallam University, Lord Winston said he instead preferred to answer as a biologist, quipping: “I’m about to say something which will mean you’ll probably want to edit the programme when I finish.”

He said: “I will say this categorically, that you cannot change your sex. Your sex actually is there in every single cell in the body”.

I will say this categorically, that you cannot change your sex.

“We are very confused about this unfortunately and regrettably, it’s got into this argument that people will now accuse me of being transphobic.”

He continued: “Unfortunately you can’t say this publicly, this is one of the big problems. Even saying this on this programme undoubtedly will result in my getting a huge amount of hate mail, it always does.”

He added: “It does affect a whole lot of issues in schools and elsewhere in our society. Of course we should accept people as they are.

“Overall I think it’s a very sad thing that we can’t discuss biological science without actually getting completely caught up emotionally in something that is just really completely wrong.”

Lord Winston was targeted by activists in 2017 for speaking about the “horrendous” results of ‘sex-change’ surgery.

He told The Sunday Times that he was “surprised by the amount of vituperation” he received online, but added that independent peer-reviewed medical literature “shows very clearly there are high complication rates” for genital reconstruction surgery.

Overall I think it’s a very sad thing that we can’t discuss biological science without actually getting completely caught up emotionally in something that is just really completely wrong.

And in an article for the Mail on Sunday, he said: “It is disturbing to be called bigoted and homophobic.”

However, rather than be silenced by activists, he stood firm, warning against “embarking on complex and, mostly, irreversible treatments involving young patients”. 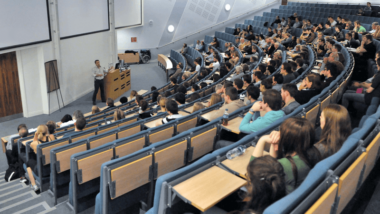