The majority of the Scottish public oppose the Scottish Government’s proposals to allow people to change legal sex by self-identification, a poll has revealed.

The poll, conducted by Panelbase, asked 1,001 over-16s who they thought “should be eligible to legally change the sex or gender recorded on their birth certificate”.

Nearly 60 per cent of respondents chose options which excluded self-identification. Only 20 per cent agreed that it should apply to “anyone who makes a solemn declaration that they are living in their new gender”.

Around one fifth of respondents (19 per cent) said that “no-one” should be allowed to change their legal sex or gender.

A similar number (18 per cent) stated that a medical diagnosis of gender dysphoria should be required, while 21 per cent thought that a person should have to undergo gender reassignment surgery.

In September, a Panelbase survey found that only 13 per cent saw changing the Gender Recognition Act 2004 (GRA) as an urgent priority – the lowest figure for all the issues considered.

The new survey comes as the Scottish Trades Union Congress Women’s Committee has rejected a motion calling for the protection of women-only spaces.

The motion, tabled by Paisley & District Trades Union Council, urged the Committee to protect “vulnerable service users and children” and ensure that men are excluded from “services specifically tailored to women”.

The Committee claimed it was “concerned” by some of the motion’s content and “alarmed at some of the language used” in supporting evidence.

But women’s rights group For Women Scotland called the Committee’s decision a “cowardly response to women in the movement who simply want to ensure their legal rights are respected”.

The Scottish Government is set to press ahead with its controversial proposals to make it easier to change legal sex, despite the widespread opposition.

Proposals are expected to sweep away current safeguards – removing the need for any medical evidence, reducing the two-year waiting period to three months and even extending sex swaps to 16-year-olds.

Earlier this year, results from a Scottish Government consultation on the issue confirmed there was significant objections to its plans, and hundreds of people gathered outside Holyrood to protest against them. 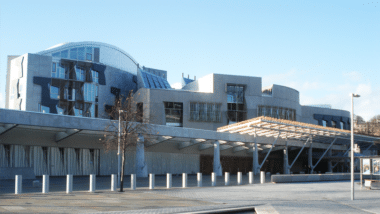