Approximately one in six adults (16 per cent) who had not used the Class B drug in the last ten years claimed they would try it if legalised, equivalent to around 5.86 million people in the UK.

Frank Young, Editorial Director at Civitas and co-author of the polling research, said: “This is one of the largest think-tank polling exercises on cannabis ever conducted and uncovers a huge potential uplift in new cannabis users if the UK legalises cannabis.

“It should make politicians stop and think before cravenly bowing to pressure to unleash a wave of new cannabis users on the UK. Parents are worried that politicians rushing to legalise drugs will make their job harder and put their children at risk.”

More than one in three parents (36 per cent) agreed that “ordering cannabis is as easy as ordering a pizza”, also saying that one in five children (20 per cent) between 12 and 18-years-old had been offered the illegal drug.

It should make politicians stop and think before cravenly bowing to pressure to unleash a wave of new cannabis users on the UK.

Over 30 per cent of parents opposed legalisation. Almost 60 per cent of those said the Government should be tougher on cannabis, and more than seven in ten (71 per cent) backed stop and search measures to remove drugs from streets.

A study by University College London and King’s College London also found that 16 and 17-year-olds were 3.5 times more likely to become addicted to cannabis than adult users.

In its editorial, The Daily Mail commented: “The weight of this and other evidence is simply overwhelming. Cannabis is a highly dangerous drug that ruins young lives.

“And for all the absurd posturing of London Mayor Sadiq Khan and his fellow advocates for a law change, legalisation would make a bad situation infinitely worse.”

Earlier this year, Khan came under fire for trying to influence the Government to decriminalise cannabis.

He launched the London Drugs Commission to assess the UK’s drugs laws, with a focus on whether to decriminalise the possession and consumption of the Class B drug. 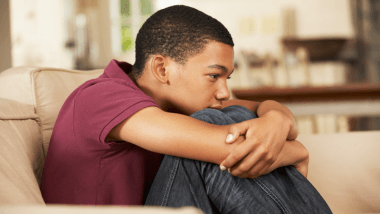