Police bodies have backed another new scheme to turn a blind eye to cannabis possession.

The Cancard scheme, which launched last month, aims to provide a way for people to use the Class B drug without fear of prosecution, by indicating to police officers that the cardholder claims to have a medical condition that entitles them to cannabis-based prescription medicine.

The scheme is not approved by the Government, but the National Police Chiefs Council (NPCC) and Police Federation have backed the scheme and will ask officers to be lenient with cardholders due to their intention of using it for medical purposes.

The NPCC has said it will give every police officer an information pack asking them not to arrest drug users who have a card stating the drug is for medicinal use. A hotline has also been set up to advise officers on being lenient.

The possession and cultivation of cannabis remain illegal, including for medicinal users, but the Crown Prosecution Service rarely prosecutes cases of possession.

On its website, Cancard explains that only very limited criteria need be met before someone is eligible for one of its ‘get out of jail free’ cards.

A user is simply required to have one of the many conditions for which cannabis can legally be prescribed, including migraines and anxiety.

In a letter to The Telegraph, David Raynes, Executive Councillor of National Drug Prevention Alliance, said it is not the role of the NPCC or Police Federation to bypass laws made by Parliament “improperly and very deliberately”.

He wrote: “Despite pressure, Parliament has not legalised the growing of cannabis for self-medication of conditions like anxiety or by those who are otherwise unwell. Prescription of cannabis-based medications is strictly controlled and clinicians are hesitant about its use – for good reason.”

He continued: “The warnings on existing legal cannabis medications are extensive. The most recent research indicates that cannabis is teratogenic (like thalidomide) and can have effects that are carcinogenic (especially for testicular cancers) and epigenetic (gene-changing).

“What is suggested is a slippery slope to lawlessness and to cannabis normalisation. In California, similar moves led to the selling of thousands of highly dubious prescriptions. Let the campaigners involved lobby Parliament and these matters can be properly debated.”

Last month, Ministry of Justice figures showing the widespread use of Community Resolutions for drug offences last year – fuelling fears of decriminalisation by the back door.

Officially described as an “alternative way of dealing with less serious crimes”, the increased use of these non-criminal sanctions has proved controversial, with 32.3 per cent of drug offences being dealt with informally, including serious offences such as possession of Class A drugs and drug-related violence.

According to the Metropolitan Police, when used for cannabis they require offenders to read information on “how cannabis can have a negative impact on your future” – or watching the message on video. 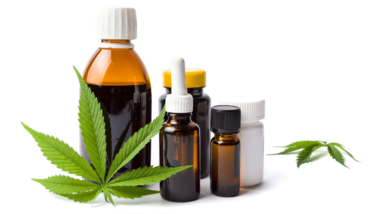