A gambling addiction charity has reported an increase in the number of women contacting its helpline during the Covid-19 crisis.

In figures seen by The Independent, GamCare witnessed a nine per cent rise in the number of women contacting them over their compulsive gambling between 2020 and 2021.

Earlier this year, the charity revealed that the number of female problem gamblers rose by a third between 2014 and 2019.

Marina Smith, manager of the charity’s programme for women, told The Independent that the pandemic had resulted in “many more opportunities for women to gamble”.

Smith said that a combination of factors, including women being more likely to be furloughed, social isolation, and easy access to betting products on mobile phones, had created a “perfect storm for gambling”.

The newspaper also cited evidence from the Gordon Moody Association, one of the UK’s leading providers of support to those severely affected by gambling addiction, which saw a doubling in the number of women seeking their help over the past year.

Additionally, it noted that GAMSTOP – a service allowing gamblers to block themselves from betting websites and apps – now has more than 50,000 female users.

According to the Daily Mail, women are being lured into gambling by bingo ads on daytime TV, which the newspaper described as a gateway to addiction.

The reporter highlighted the soaring profits of Foxy Bingo operator Entain, which the company credited, in part, to bingo customer losses.

In the article, the newspaper also noted that ITV’s lunchtime programme Loose Women is sponsored by Jackpotjoy Bingo and the channel’s popular afternoon quiz show, The Chase, is sponsored by Gala Bingo.

Labour MP Carolyn Harris, Chair of the All-Party Parliamentary Group for Gambling Related Harm, told the Mail: “Vulnerable women are watching these programmes with predatory advertising that promises them companionship. Really they are taking advantage of women.” 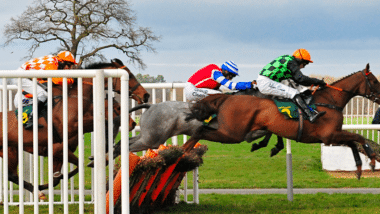