The Office for National Statistics (ONS) has abandoned its appeal against a High Court ruling ordering it to correct its guidance on what constitutes biological sex in the upcoming census.

Last week, Mr Justice Swift said respondents should only use their birth certificate or Gender Recognition Certificate to answer the question “What is your sex”, and ordered the statistical agency to remove the words “such as” and “passport” from its guidelines. The ONS had indicated it would appeal the ruling but has now backed down.

Fair Play For Women, which brought the legal action, now says that the same problem – of conflating biological sex with ‘gender identity’ – must now be challenged in other organisations.

In a press release welcoming the U-turn, the group stated: “This case establishes that sex is a distinct concept in law, not something shaped by how a person feels”.

Its Director, Dr Nicola Williams, added: “Sex data gets corrupted if the ONS conflates sex with the idea of a feeling, called gender identity, under the question ‘What is your sex?’”

She continued: “This is not a problem confined to the ONS. The idea that sex isn’t just a matter of being born female or male, and that we all have a gender identity, has become embedded within organisations.

“As a result, sex is being overridden by gender identity in a whole range of public policies without proper scrutiny.”

The campaign group has identified a large number of public bodies it says have supported “some version” of the ONS view on ‘self-identification’, including NHS England, the Cabinet Office and the Equality and Human Rights Commission (EHRC).

An email sent to Dr Williams by the EHRC, the national equality body charged with defending sex as a protected characteristic, endorsed the ONS’s original approach.

It claimed that the sex question had “never been defined with regard to the legal sex” and had always collected the “self-declared sex” of respondents.

The EHRC also said that while the “legal definition of sex in the Equality Act 2010 is binary (male or female)”, it believes it should be possible to self-declare as “transgender, non-binary, intersex or of varying sex characteristics” on the census.

Last year, the SNP MSP Kenneth Gibson criticised the National Records of Scotland (NRS) for its pro-transgender bias in documents relating to the 2021 census.

Concerns have also been raised about the guidance for the census which could allow people to ‘self-identify’ as male or female by academics and statisticians.

The NRS is now considering the implications for Scotland of the outcome of the legal case at the High Court of England and Wales. 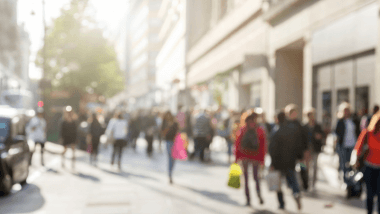 Defending the reality of biological sex is ‘worthy of respect’