Doctors in Ohio will no longer be allowed to prescribe DIY abortion pills remotely after a new Bill was signed into law.

According to the Food and Drug Administration, 24 women died from using mifepristone – one of the drugs used in a DIY abortion – between 2000 and 2018.

Pro-life groups welcomed the news, with Ohio Right to Life President Mike Gonidakis calling the Bill “a victory for life and for women’s safety”

Mark Harrington, President of Created Equal, added: “These drugs have led to the deaths of hundreds-of-thousands of human beings, including two dozen mothers. Allowing abortionists to prescribe these life-threatening drugs using telecommunications, instead of seeing patients in person, will only increase the complications.”

The news comes as the Supreme Court of the United States granted a pre-transition request by the Trump administration to set aside coronavirus arrangements that allowed DIY abortion pills to be sent to women in the post.

The justices reinstated federal rules that require the abortion pill mifepristone be dispensed in person by a qualified health care provider.

In the UK, the Westminister Government and the Welsh and Scottish Governments are all considering making permanent the emergency laws allowing women to take abortion pills without medical supervision.

In July 2020, a murder investigation was launched into the death of a newborn baby, after the mother took home abortion pills.

An email sent from a regional chief midwife at NHS England revealed that the baby may have been born alive. The email also disclosed the deaths of two mothers who died after taking DIY abortion drugs. 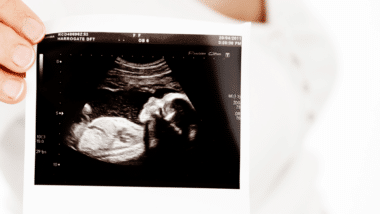