Naomi Long has pledged to include measures to ban smacking as part of the Justice (Miscellaneous Provisions) Bill due to be considered later this year.

The Alliance MLA is now seeking the approval of the Executive for her proposals.

Long complained that the current law allows parents to use reasonable chastisement in disciplining their children.

She noted concerns that stopping this could lead “to the prosecutions and potential criminalisation of parents”, but claimed “there can be uncertainty as to what constitutes a minor harm and potential child abuse cases may be missed”.

“Northern Ireland would be well-advised not to make the same mistake as Scotland and Wales.”

Last year, Scotland introduced a smacking ban, which means parents can no longer physically chastise their child without fear of a criminal conviction.

And from 2022, parents in Wales who give their children a mild smack also risk prosecution, after the Welsh Assembly also voted to remove the legal defence of reasonable chastisement.

But recently in England, members of the House of Lords spoke powerfully against a proposed amendment to the Domestic Abuse Bill, which would ban loving parents from chastising their children in a reasonable way.

Northern Irish peer Baroness Hoey said: “Polling in Scotland and Wales ahead of the smacking bans there demonstrates how unwanted and unwelcome these new regimes are: 76% of Welsh adults said no to changing the law in 2017 and 74% of Scottish adults opposed a smacking ban.”

Baroness Fox of Buckley observed that, in campaigns to ban smacking in Wales and Scotland, “one of the most egregious tactics of anti-smacking lobbyists was this irresponsible conflation of smacking with gross acts of violence”.

She said this use of rhetoric “paints ordinary mums and dads as potential violent thugs or child abusers” and shows “a certain distrust of ordinary parents”. 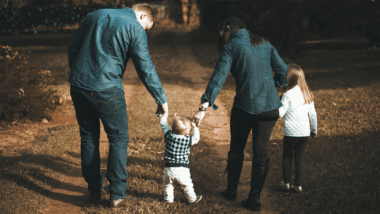 Dr Ashley Frawley: ‘Why I’m against a smacking ban’

Smacking ban will have consequences