The number of drug deaths in Northern Ireland has more than doubled since 2010, official statistics have revealed.

The latest report from the NI Statistics and Research Agency (NISRA) recorded 218 deaths in 2020, an increase from 191 in the previous year and more than double those from ten years before.

Heroin and morphine were involved in 55 deaths in 2020 – the highest numbers on record – with cocaine accounting for a further 36 deaths, relatively unchanged from 2019.

NISRA also highlighted how deaths resulting from the misuse of psychoactive benzodiazepines, or ‘benzos’, increased from 11 in 2019 to 51 in 2020.

More than half of all those dying from drug usage were men aged 25 to 44.

Speaking to the BBC, Cathy Murray shared how her daughter Tierna had become addicted to cocaine before her death last year, aged just 20.

She warned: “The kids that this can happen to, they look normal, they are normal, beautiful children.”

She added: “Our war with Tierna was drugs and in the end the drugs won because the drugs ruined her and took her and destroyed her”.

In the Republic of Ireland, almost 11,500 people were revealed to be receiving substitute medication for heroin addiction, an unprecedented level.

The number rose by nearly 1,000 during the pandemic, according to figures from the Heath Service Executive. 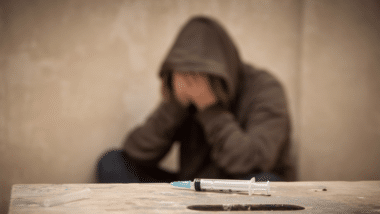