New fragments of Dead Sea scrolls have been found – the first in more than 60 years.

The fragments, discovered by the Israel Antiquities Authority (IAA), contain Greek translations of Nahum and Zechariah dating back to the early 2nd century.

The Dead Sea Scrolls, discovered between 1947 and 1956, have helped to demonstrate the accurate preservation of the Bible over the centuries.

The latest find was the result of a concerted effort to find and preserve any remaining fragments to prevent them being lost to black market sellers.

The archaeologists located the new pieces in a cave accessible only by “rappelling precariously down the sheer cliff”.

IAA Director, Israel Hasson, hailed the find as “gifts of immeasurable worth for mankind”.

The IAA shared a fragment of the new scrolls on which they could identify Zechariah 8:16: “These are the things you are to do: Speak the truth to each other, and render true and sound judgment in your courts.”

In 2016, fragments from 25 Dead Sea Scrolls were made publicly available for the first time.

They contained sections from biblical texts including Genesis, Exodus, Leviticus, and Nehemiah. 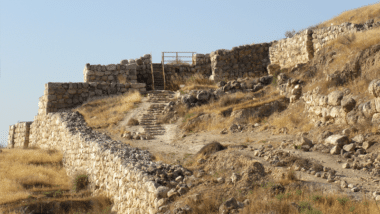 Are Christians on the Wrong Side of History?