The proposed complaints procedure for the Scottish Government’s controversial Named Person scheme is an “invasive bureaucratic mess”, according to campaigners.

No to Named Persons (NO2NP), the campaign group opposing the plans, have warned that parents who want to make a complaint would have to battle through mountains of red tape.

Last week, campaigners vowed to fight on after Scotland’s highest court rejected concerns over the scheme, which is due to come into force in 2016.

The Scottish Government recently published its proposed complaints procedure claiming it would give parents two options to complain in an “accessible, clear and straightforward” manner.

But both options were quickly shown to be complicated and unclear.

Option one says that parents would have to direct their complaints to “every organisation or body involved in the matter”, including: 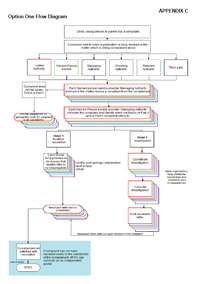 Under the second option, parents make a complaint to one organisation which would then notify the others. However, this process has up to 13 stages and could take up to a year to complete.

In addition, if parents were not happy with the response to their complaint, they would then have to complain again to the Scottish Public Service Ombudsman.

A spokesman for NO2NP said: “Every time the government issues a new document to ‘explain’ how the named person scheme will operate, all they do is remind everybody how the whole thing is one big, invasive bureaucratic mess.”

“I don’t think a room full of lawyers would have any idea about how this will operate, let alone a mum or dad seeking to make a complaint.”

A Scottish Government spokesman said it is now consulting on what the complaints process should involve “so that it is clear, effective and accessible to parents and children.”

Legal action, spearheaded by The Christian Institute, against the Named Person scheme was rejected by the Inner House of the Court of Session last week. The Court took the view that the legislation does not conflict with laws on privacy or data protection.

Responding to the judgment, spokesman for NO2NP, Simon Calvert, said that there will be an appeal against the decision:

“We do not believe that the judges engaged properly with the arguments we put forward so we will take them to the Supreme Court. Ultimately we may even have to go to Europe.

“If the nature of the Named Person scheme was as the court described then we would not have brought this action in the first place. But the legislation gives a Named Person broad powers to interfere without parental consent.”