MP calls for ban on gambling ads in sport

A senior MP has called for a blanket ban on gambling advertising in sport, which she says is “openly aimed at the young and vulnerable”.

Carolyn Harris MP, Chair of the All-Party Parliamentary Group on Gambling Related Harm, said: “It frightens me how much influence this industry is able to have on children and on those who are already struggling with a gambling addiction.”

The gambling industry has been accused of trying to cash-in on the COVID-19 outbreak.

Harris said: “It is blatantly obvious that the advertising of this industry in all sport is partly responsible for the endemic growth of gambling related harm in this country.”

She warned that while gambling and sporting firms profit, gamblers are committing suicide after the “pain and suffering of the addiction that has gripped them became too much to live with”.

The MP also called on football clubs to take responsibility for “promoting and normalising” gambling to children who view their players as role models.

A study published by Ipsos Mori has revealed that 96 per cent of people aged 11-24 said they had been exposed to gambling advertising during the last month.

It said: “Regular exposure to gambling promotions can change perceptions and associations of gambling over time and impact the likelihood they will gamble in the future”.

The report estimated that 41,000 followers of gambling-related social media accounts were children under the age of 16.

The figures come amid concerns that increased numbers of people will turn to online gambling during their isolation due to the COVID-19 outbreak.

Neil McArthur, Chief Executive of the Gambling Commission, warned that the “risk of harm” from this has increased.

Harris called for a ban on gambling advertising, and a £2 stake limit on online bets to curb the amount of harm that can be done during this time, saying firms are profiting from people’s “misery”.

A cross-party group of MPs recently suggested a daily limit of £50 would help “protect society and peoples’ finances, at this dreadful time”. 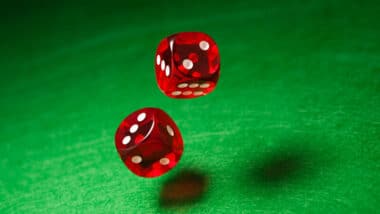 Peter Shilton: ‘I won many things, but I never won at gambling’