The Governor of Mississippi has signed into law a Bill protecting unborn babies from abortion on the grounds of race, sex or disability.

Governor Tate Reeves approved the Life Equality Act, which notes that the victims of sex-selective abortions are “overwhelmingly” female and that unborn children deemed to have disabilities continue to be aborted.

If a medical professional knowingly disregards the new protections, they face up to ten years in prison.

Denise Burke, Senior Counsel for religious liberty group Alliance Defending Freedom, welcomed the law, saying: “Every innocent life is worthy of protection, and no one should be discriminated against because of his or her race, sex, disability, or genetic makeup.”

She added: “Children shouldn’t have to pass a genetic test to earn the right to be born.”

Last year, the US Supreme Court stated that 67 per cent of unborn babies diagnosed with Down’s Syndrome in the US are aborted, and the abortion rate “among black women is nearly 3.5 times the ratio for white women”.

Children shouldn’t have to pass a genetic test to earn the right to be born.

In June, Westminster voted to force the most liberal abortion law in the UK onto Northern Ireland, a move described as “one of the darkest days” in the Province’s history.

Despite the Stormont Assembly previously rejecting the regulations, the House of Commons gave its final backing for the laws to be imposed on Northern Ireland with a vote of 253 to 136. 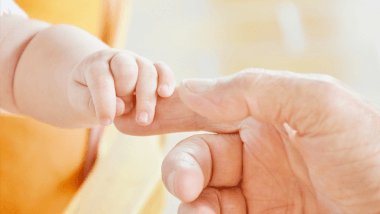