Abortion giant Marie Stopes International (MSI) has been renamed in an attempt to distance itself from its founder’s openly racist and eugenicist beliefs and practices.

The organisation, which operates in 37 countries around the world, will rebrand as MSI Reproductive Choices,  claiming it no longer has any “meaningful connection” to its founder’s views.

Born in 1880, Stopes became involved in sex education and ‘family planning’ in the late 1910s. In her book ‘Radiant Motherhood’, she wrote: “it is the urgent duty of the community to make parenthood impossible for those whose mental and physical conditions are such that there is a certainty that their offspring must be physically and mentally tainted”.

Stopes was also supportive of the Nazis, attending their Congress for Population Science in Berlin in 1935, and writing a personal letter containing love poems to Adolf Hitler in 1939.

MSI Chief Executive Simon Cooke said: “Marie Stopes was a pioneer for family planning; however, she was also a supporter of the eugenics movement and expressed many opinions, which are in stark contrast to MSI’s core values and principles.”

Despite the claims that the organisation and the founder are not closely linked, until recently the MSI website made clear that it was proud of its heritage and that Stopes’ values remain a core part of its work.

It said: “The way we provide contraception and safe abortion services has been shaped, to a large extent, by our history. And by the lives of two pioneers of the family planning movement, Dr Marie Stopes and Dr Tim Black.”

Writing for the Christian Medical Fellowship last year, Philippa Taylor said history and the media have looked very kindly upon Marie Stopes, painting her a feminist hero while overlooking or ignoring her recorded beliefs.

She added that the organisation uses “misnomers such as ‘safe abortion provision’, hiding or ignoring evidence that their policies can actually harm women or at best are ‘ambivalent in effectiveness’”.

In recent years, MSI has been accused of performing illegal abortions in Africa, with the 2017 documentary ‘Killing Africa’ revealing that British taxpayers are funding them through the UK’s Department for International Development.

In July, US-based abortion giant Planned Parenthood announced it would remove the name of founder Margaret Sanger from its Manhattan clinic because of what it called her “harmful connections to the eugenics movement”.

Like Stopes, Sanger was a leading advocate of the eugenics movement and promoted sterilisation of people she deemed to have undesirable traits or economic circumstances.

Sanger, who founded her first clinic in 1916, argued in favour of preventing the birth of people who would develop physical and mental illnesses.

She encouraged women not to have more children if “the parents, though healthy themselves, find that their children are physically or mentally defective”.

And on a radio programme, Sanger is reported to have said that “morons, mental defectives, epileptics, illiterates, paupers, unemployables” should be surgically sterilised. 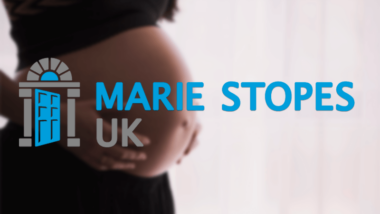