Nine in ten Canadians believe adults should be able to receive counselling if they experience confusion over unwanted sexual feelings or their gender identity, a poll has revealed.

The survey, conducted by Nanos for the Justice Centre for Constitutional Freedoms, found that nearly half were uncomfortable with the Government banning counselling for “gay individuals” who wished to reduce “unwanted sexual behaviour”.

The findings come as the Canadian Government considers legislation which could see a person imprisoned for up to five years for “knowingly” causing a child to undergo so-called ‘conversion therapy’.

The poll of 1,016 adults also considered views on counselling children, including the issue of giving them harmful puberty blockers.

Nearly three quarters of respondents believed that agencies should be allowed to operate a ‘wait and see’ approach when children express a desire to ‘transition’ using the experimental drugs.

However, under the Canadian Government’s proposals, such counselling approaches which do not affirm a child’s chosen gender identity could be banned.

The same proportion also believed that strict requirements should be in place to ensure that children cannot undergo ‘irreversible’ body-altering ‘treatments’ until health professionals have assessed whether this is in the child’s best interest.

Commenting on the findings, the Justice Centre’s staff lawyer, Marty Moore, said it would be discriminatory to deny Canadians with unwanted same-sex attraction access to such counselling.

He added: “Many Canadians have found benefit from support and counselling which politicians are seeking to ban and even criminalize”. 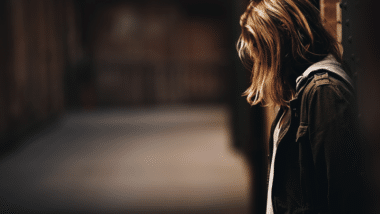 ‘I was living a gay lifestyle but Christ transformed me’