Freedom of religion is less important than homosexual and transsexual rights, House of Commons Speaker John Bercow has said.

Mr Bercow has been a vocal supporter of the LGBT agenda throughout his time as Speaker.

He made the statement while hosting an event for a homosexual news website.

At the reception for PinkNews at Speaker’s House, Mr Bercow said:

“I respect people’s rights to adhere to and profess their faith, but for me, where there is a clash between somebody’s adherence to faith on the one hand and the acknowledgement of and demonstration of respect for human rights, the latter has to trump the former.”

But he failed to mention that under Article 9 of the European Convention on Human Rights, everyone “has the right to freedom of thought, conscience and religion”.

Mr Bercow went on to object to people who raise concerns in the media with the radical transsexual agenda.

The Government’s 16-week consultation was originally set to be launched last year, but was put on hold after a Cabinet minister described it as “complex” and “divisive”.

The Prime Minister said: “I want to see a process that is more streamlined and de-medicalised – because being trans should never be treated as an illness.”

But a YouGov survey shows that fewer than one in five think a man should be able to legally change sex simply by saying he is a woman, and vice versa. 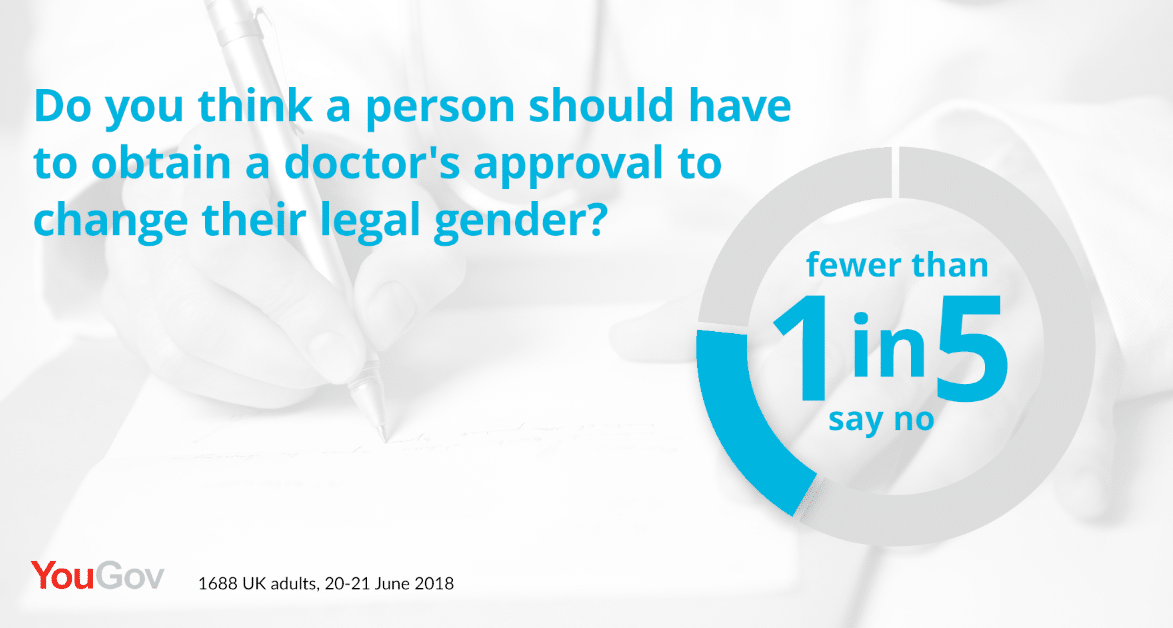