The Leader of the House of Commons Jacob Rees-Mogg has praised the work of a Christian pro-family MP.

Speaking in the Commons, Rees-Mogg thanked Fiona Bruce MP for “the tremendous work she has done since her election in 2010 to support the family and all life from the point of conception through to the point of natural death”.

He said: “She is heroic in what she has done.”

He was responding to a question from Mrs Bruce – the Prime Minister’s Special Envoy for Freedom of Religion or Belief – who had asked Parliament for a debate on the meaning of a child’s “first 1,001 days”.

The Christian MP was referring to the Chancellor of the Exchequer’s recent announcement that £300 million was being set aside to support children “in the first 1,001 days of their lives”. A report which had informed his decision had referred “to the first 1,001 days as being from conception to aged two”.

In 2017, Rees-Mogg expressed support for traditional marriage and said that protecting the unborn is important in every situation.

Speaking on ITV’s Good Morning Britain, Rees-Mogg said that life “begins at the point of conception” and affirmed his opposition to abortion “in all circumstances”.

He added that those with orthodox views on social issues face intolerance in society. 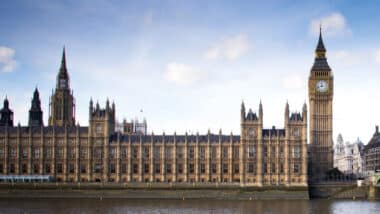