The International Olympic Committee has come under fire for further weakening its stance on men participating in elite women’s sports.

New guidelines from the IOC say that no assumptions should be made that men living as women have any advantage over biological women.

The policies will come into effect after the Beijing 2022 Winter Olympics next year.

Individual sports will now be asked to draw up eligibility rules to mitigate against any “disproportionate advantage”, which is likely to see different rules for each sport.

The guidelines suggest that each sport’s governing bodies should create criteria based on “internationally recognised human rights, robust evidence and athlete consultation”.

The new document will replace guidelines from 2015 which state that any person born male but now living as a woman must prove they have a set level of testosterone for at least twelve months before their first competition.

The guidelines have been blasted by women’s groups and female athletes.

Lawyer Katherine Deves of Save Women’s Sports Australia said the IOC had employed “muddled logic” which “failed to take a strong position to protect women”.

An athlete called Joanna Harper, who is a man living as a woman, welcomed the move but conceded there are clear differences between the sexes, admitting that biological men are generally “taller, bigger and stronger” than biological women and that “these are advantages in many sports”.

Earlier this year, Guardian columnist Tanya Aldred stressed that sportswomen should be protected from the “male performance advantage” being exploited by transgender athletes.

Aldred argued that, by side-lining biological sex, “we fudge the very reason we have sex categories in sport: the male performance advantage. Without a separate category for females, there would be no women in Olympic finals”. 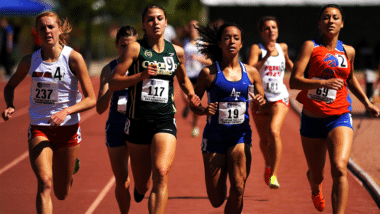