The Union Cycliste Internationale (UCI) has tightened its entry requirements for women’s events on the basis of testosterone levels and doubled the period of time men must meet the requirement for.

FINA, the world governing body for swimming, has banned men who have gone through puberty from competing in women’s events, and the International Rugby League (IRL) has temporarily barred men while it reviews its own transgender policy.

Both the UCI and FINA noted that their policy changes were based on clear science and addressed safety and fairness.

FINA stated that “separate sex competition is necessary for the attainment of these objectives” and “in sports and events involving collisions and projectiles, biological female athletes would be at greater risk of injury” if men were participating.

The swimming body is also set to create an ‘open’ category for those who claim to be the opposite sex.

Speaking to The Times, former British Olympic swimmer Sharron Davies said: “It’s been a long, hard road and anyone who spoke up for women, pointed to the obvious science and how it plays out in sports like swimming, has been bullied and harassed.

“I hope this gives other sports the courage to do the right thing and empower women to speak up without feeling they’re going to be shot down in flames.”

She explained: “Sport by definition is exclusionary – we don’t have 15-year-old boys racing in the under-12s, we don’t have heavyweight boxers in with the bantamweights, the whole reason we have lots of different classes in the Paralympics is so that we can create fair opportunities for everybody.”

Culture Secretary Nadine Dorries added that FINA’s move “is the right and sensible decision to take”.

Following the changes, the IRL is set to consult the eight Women’s Rugby League World Cup 2021 teams to inform its transgender policy expected next year.

However, FIFA has drafted guidelines which would ditch testosterone requirements and allow footballers to compete with the opposite sex they ‘self-identify’ as.

Katie Archibald criticised the International Olympic Committee over its handling of transgender participation in sport.

President David Lappartient of the UCI, had called for the issue to be on the agenda of the Association of Summer Olympic International Federations, saying: “We can’t just close our eyes on what is happening”. 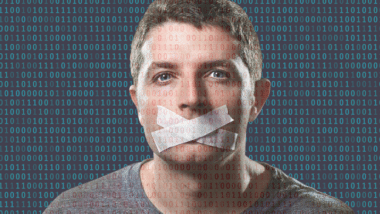 Female skateboarder ‘sick of being bullied into silence’ over trans rivals