A Nigerian Christian woman has shared how she refused to turn her back on Christ when she was kidnapped by Boko Haram terrorists.

Amina’s family was first attacked by the Islamist group in 2012, when a group of 20 militants raided her home and attempted to force her husband and children to renounce their Christian faith. When they refused, they were attacked one by one.

“My husband died immediately”, said Amina, “but two of my children were later rushed to hospital and their lives were saved by God’s grace after surgery”.

‘To live is Christ, to die is gain’

Five years later, she was attacked again. This time, Amina was hit three times when the terrorists opened fire on a bus she was travelling on.

“They killed all the men immediately and then took the women to a forest where we were kept for eight months. All of us suffered from trauma, fear and anxiety.”

By the special grace of God, we all stood in faith.

The women were all told to renounce their faith and embrace Islam, but they refused and continued secretly praying and singing to God, even when threatened with execution.

She said: “By the special grace of God, we all stood in faith. For us, to live is Christ, and to die is gain. We always prayed and sang songs to God because we preferred to die than to become Muslims. But it was not easy.”

She said: “After the program, I got peace for my family and myself. I thank God for that encouragement that they gave to me at that time.”

Nigeria is one of the worst countries in the world for Christian persecution – ranked ninth in Open Door’s World Watch List – despite almost half of the population being Christian.

Most of the Christian population lives in the south of the country, but in the north where the majority are Muslims, 3,530 Christians were killed for their faith last year, up dramatically from 1,350 the previous year. Nigeria is responsible for more deaths from persecution than all other parts of the world combined. 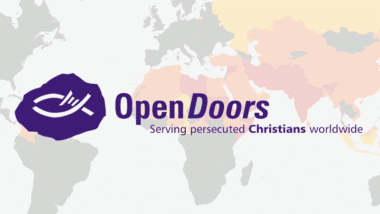