A headteacher in Leeds has called for the scrapping of England’s only legal ‘red-light district’.

Students from The Ruth Gorse Academy revealed they had been approached for sex and headteacher Ben Mallinson said he fears one may eventually be abducted.

The zone, officially called the ‘Managed Approach’, was set up six years ago in the Holbeck area of the city as a partnership between the council and local police. The police agreed to turn a blind eye to prostitution between 8pm and 6am seven days a week.

A draft report by the Voice of Holbeck group has documented the concerns of residents and also includes 227 responses from pupils at the Ruth Gorse School.

Of the pupils who responded to the question “Is there anything in the area that you live in (Holbeck) that makes you feel worried or concerned?” the most frequent answer was “prostitutes”, followed by “Drugs (users and dealers)”.

The report stated that children have been left feeling unsafe by being “asked about selling sex” and “witnessing sex workers doing business”. They also said it was common to see prostitutes, used condoms and discarded needles on the route to and from school, making them feel at risk.

Parents reported similar fears of children being harmed “because of what they are witnessing and being approached by sex workers, and men looking to buy sex”.

The BBC reports that one thirteen year-old pupil said she had “barely got down the street and I was approached by a man asking if I was a prostitute”.

She added: “It will happen to other children probably just as it happened to me and as long as the zone is there it will carry on happening.”

Another pupil told how she had been chased and grabbed by a man while walking through the zone: “I was really scared because I was by myself and it was dark. He was just saying ‘I like you’ and I was walking faster and he started walking faster.”

The school’s headteacher, Mr Mallinson, said he was concerned at what he saw when walking in the ‘Managed Approach’ zone and called for it to be abolished.

He said: “Students should be free from harm and be able to travel to and from school without being worried for their own safety and that of their peers.” 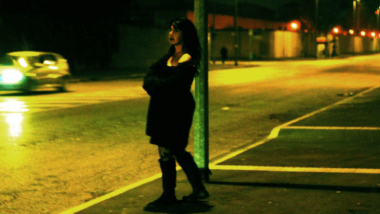