Recommendations set out in the Bishop of Truro’s 2019 report on supporting persecuted Christians are set to be accomplished by next year, the Government has said.

Minister of State at the Foreign Office, Nigel Adams MP, confirmed the Government’s expectations in written responses to questions from MPs last week.

The report, commissioned by then Foreign Secretary Jeremy Hunt, reviewed the Foreign Office’s support for persecuted Christians. In its findings, 22 recommendations were made with a three-year target for their implementation.

In a response to Sir Jeffrey Donaldson MP, Adams confirmed the Government was “committed to implementing in full the recommendations in the Bishop of Truro’s review”.

He added: “Of the 22 recommendations we have fully delivered ten, made good progress on a further eight, and are confident that all 22 will be delivered by the time of the independent review in 2022.”

In a separate response to Kirsten Oswald MP, Adams also said that training was in development to explain to staff “why freedom of religion or belief is a core human right to be championed”.

Last year, Christian charity Open Doors said that the persecution of Christians should concern all of society, not just churches.

UK CEO Henrietta Blyth said that speaking up for persecuted Christians has been “something seen as best left to churches”, but actually “a minority Christian population within a nation is a force for good – caring not just for themselves, but others around them”. 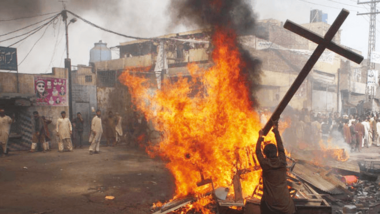