A daily act of collective worship must not be replaced by non-religious assemblies, a UK Government minister has confirmed.

Baroness Berridge, who is Minister for the School System, made the Government’s position clear in response to a letter sent by the National Secular Society (NSS).

Under the School Standards and Framework Act 1998, state-funded schools in England and Wales must conduct acts of collective worship “wholly or mainly of a broadly Christian character”.

According to the NSS, Berridge said it was “not permissible for a school to apply simply to replace Christian or other religious collective worship with a non-religious assembly”.

She added that schools found to be failing to fulfil their duty to provide worship would be dealt with “on a case by case basis”.

Earlier this year, the secularist group wrote to the UK Government asking that the law requiring schools have a daily act of collective worship be repealed. 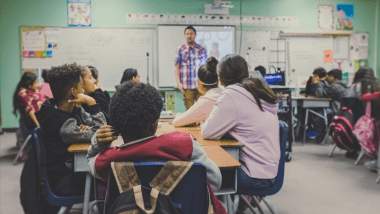