Free speech campaigners have responded to a new report on extremism which proposes to extend the scope of ‘stirring up hatred’ offences.

In its new report the Commission for Countering Extremism said extremists “are creating a climate conducive to hate crime, terrorism or other violence; or are attempting to erode and even destroy the fundamental rights and freedoms of our democratic society”.

It called for a raft of new laws to counter ‘hateful extremism’, but critics say this is “incredibly hard to legislate for”, and that any new laws “must include clear, positive and robust freedom of expression clauses”.

The Commission recommended the Government create “a legal and operational framework to robustly counter the hateful extremism threat”, said “hateful extremism” should be classed as a “priority threat”, and considered equivalent to “terrorism and online child sexual exploitation”.

However, while it says extremism and terrorist activities should be treated more seriously, it also called on the Government to “expand current offences relating to stirring up of hatred and strengthen current resources and capability of law enforcement agencies”.

It said these powers are currently limited “when extremists use theological or religious rhetoric that diminish the rights of others”, and said law enforcement should be “supported with training and other capabilities to ensure that victims are supported and perpetrators are prosecuted”.

A spokesman for the Defend Free Speech campaign said: “If there is to be any new legislation it must only operate at a very high threshold.

“It must make very clear there exists a deep and wide public space for the expression of strong, controversial, unpopular views by all kinds of people in all kinds of circumstances.

“As Lord Justice Sedley famously said: ‘Free speech includes not only the inoffensive but the irritating, the contentious, the eccentric, the heretical, the unwelcome and the provocative provided it does not tend to provoke violence. Freedom only to speak inoffensively is not worth having.'”

The spokesman added: “It is vital to set the threshold of any new extremism laws high in order to get rid of ambiguity and protect freedom of speech.”

Pointing out that the Law Commission “received considerable push back” when it called for a similar widening of ‘stirring up hatred’ offences, he said it was therefore “surprising” to see new calls for the same thing.

He said that “accusations of ‘stirring up hatred’ get bandied around far too much”, and that the Commission’s suggestions seem “wide-open to misuse”.

“There would be a real risk that innocent people would be deemed to have ‘intended’ to stir up hatred – on the basis that they ‘must have known’ that their words would have that effect – when in fact they did not intend anything of the sort.” 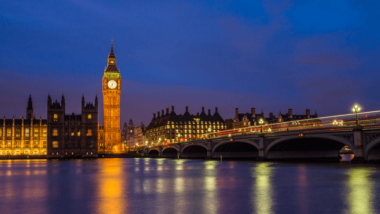 ‘Christians should be free to practise faith’, counter-terror chief says