Police callouts to bookmakers to deal with customer violence have dropped dramatically since the maximum stake on highly addictive betting machines was cut to £2.

Gamblers were previously able to bet up to £100 every 20 seconds on fixed-odds betting terminals (FOBTs), before the new maximum stake was introduced in April last year.

The fast-paced, addictive nature of the games meant than in 2018, police were called 2,907 times to deal with gamblers who became violent after losing money. This fell to 1,803 last year, a 38 per cent drop.

She said: “The direct impact of the FOBT stake cut” was always going to benefit the individual gambler.

But she added: “I knew from the number of police officers and bookmaker employees who contacted me telling tales of violence towards them and the machines that it would have an indirect impact too.”

Labour MP Carolyn Harris said the figures suggested FOBTs had been “driving violence and crime in bookmakers and local communities” and said she was “glad” the lower stakes were reducing harm.

It comes as a significant increase in gambling is expected this week with Premier League and Championship football returning after more than three months’ absence.

James Grimes, who started the Big Step gambling awareness campaign while recovering from his own gambling addiction, said the increased opportunity to watch games from home and for free “has the potential to cause gambling harm”.

“The social aspect of football has gone for the time being and solitary viewing, with a bookmaker effectively on your phone in your pocket, is a recipe for harm.”

He continued: “As a recovering gambling addict, I think back to when my life revolved around betting on football. I didn’t need an excuse to stay home, losing all my money on in-play, high-intensity gambling products associated to football.

“I dread to think of the consequences for my addiction if I was still gambling now, with the prevalence of betting opportunities and relentless marketing.” 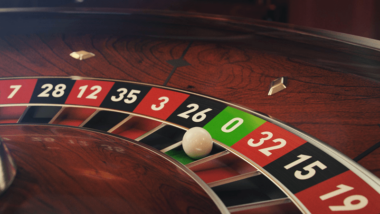