A Christian politician in Finland has been acquitted of “hate speech” for sharing the Bible’s teaching on homosexuality.

Helsinki District Court dismissed all charges against former Government minister Dr Päivi Räsänen, stating that it could find no justification to censor her exercise of free speech.

Dr Räsänen was charged with three ‘hate crimes’ for expressing her biblically-based views on sexual ethics: in a 2019 Tweet, during a 2019 radio debate, and via a 2004 pamphlet. Her case was supported by ADF International.

In 2019, Dr Räsänen shared a picture of her Bible open at Romans 1:24-27 in response to the Evangelical Lutheran Church in Finland’s decision to sponsor a local LGBT pride event.

She was placed under investigation for the comments the same year, but a formal prosecution was not made until April 2021.

But on Wednesday, Helsinki District Court ruled it had no remit to “interpret biblical concepts” and there was no “overriding social reason” for it to ‘interfere’ with “freedom of expression”. The prosecution was ordered to pay €60,000 in legal costs.

Following the court victory, Dr Räsänen said: “I am so grateful the court recognised the threat to free speech and ruled in our favour. I feel a weight has been lifted off my shoulders”.

She added: “Although I am grateful for having had this chance to stand up for freedom of speech, I hope that this ruling will help prevent others from having to go through the same ordeal.”

The prosecution was ordered to pay €60,000 in legal costs.

In 2011, Christian housing manager Adrian Smith was demoted and had his salary cut by 40 per cent for posting on Facebook that same-sex weddings in UK churches would be “an equality too far”.

He was supported by The Christian Institute, and successfully sued his employers for breach of contract in the High Court.

He was unfairly dismissed and subjected to religious discrimination by the Trust and its Chair, Shonaig Macpherson, due to his association with Stirling Free Church – which believes that marriage is between one man and one woman. 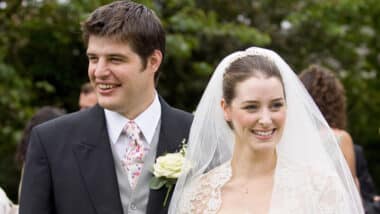 On this day: Victory for Christian demoted over gay marriage comments

Marrinan report ‘should worry anybody who cares about free speech’