A former senior Old Bailey judge has raised concerns that transgender activist groups have been given too much say over proposed changes to England and Wales’s hate crime law.

Writing for think tank Policy Exchange, Judge Charles Wide criticised the Law Commission’s consultation on the issue for being imbalanced and paying little attention to those who might ‘suffer the consequences’ of laws being “too widely drawn or misused”.

The Commission received approximately 2,500 responses to its consultation and is due to submit its recommended changes to the Government later this year.

“It is indicative that the controversial campaigning organisation Stonewall seems to have been treated more like a consultant than consultee.” This included using definitions provided by Stonewall, rather than from legislation.

He continued: “Views which contest what are presented as orthodoxies were neither sought nor expressed. People and organisations, ignored thus far, might reasonably lack confidence in the Commission’s impartiality and receptiveness to contrary opinions.”

The retired judge said he was also concerned that the failure to consult people who feared being accused of a hate crime for challenging radical gender ideology may impact free speech.

“Rightly, the interests of those who might be protected are considered in detail but little attention has been paid to those who might suffer (or fear suffering) the consequences of laws being too widely drawn or misused”, he said.

“It should be a matter of real concern if the Law Commission is morphing, at least in part, into an engine of social change, pursuing agendas of its own formulation, having a privileged position close to the heart of government.”

A spokesman for the Commission responded: “Hate Crime is a complex and sensitive area of the law and, while the Commission can recommend options for legal reform, it will ultimately be for Government and Parliament to decide which of these recommendations to implement.”

Earlier this year, it was revealed that plans to criminalise private conversations in the home in England and Wales were abandoned by the Law Commission.

After “serious concerns” were raised in the same hate crime consultation, the Commission decided to no longer recommend prosecuting people for so-called “hate speech” in private dwellings.

There is currently a ‘dwelling defence’ in law which protects conversations in the home from being targeted under laws on ‘stirring up hatred’. 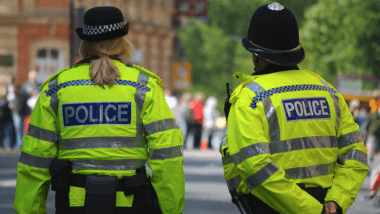