McCausland, who now sits on the board of the Education Authority, faced calls to resign after LGBT activists objected to an article he shared on social media containing the testimony of a homosexual man who abandoned that lifestyle when he became a Christian.

While the article states that the man did not undergo any kind of conversion therapy, a petition was launched to have McCausland removed from his role.

However, Education Minister Peter Weir has defended the former politician, noting the testimony did not describe conversion therapy.

the conversion of somebody to being a Christian has been equated to conversion therapy, which are two completely different things

He said: “I think that the article that was shared by Nelson was one about the personal testimony of an individual who had found the Lord.

“I think possibly where people have conflated something is where the conversion of somebody to being a Christian has been equated to conversion therapy, which are two completely different things.”

Weir said of those accusing Mr McCausland of promoting conversion therapy, “either they haven’t read the article before they’ve commented on it, or alternatively they are deliberately misreading or misleading people by that article”.

they haven’t read the article

“I think if we’re to say that whether someone agrees or disagrees with them that they’re not allowed to do that, I think that’s a very dangerous road to go down.”

Mr McCausland has also been forced to defend himself, explaining the social media post, was “not about any so-called gay conversion therapy”, and was instead a testimony “about the life-transforming power of the gospel of Jesus Christ”.

He told The Christian Institute it is “disappointing” the way people twisted the article, and said that, instead of attacking conversion therapy, “what they were actually doing was using that as an excuse to attack the Gospel.

an excuse to attack the Gospel

“And that is the troublesome thing because there seemed to be almost an attempt to silence any sharing of the Gospel of saving grace.”

The education official also explained some of the backlash he had received in response to his post was “really, really abusive language and describing me as homophobic”.

it’s an attempt to shut down discussion

He added: “The level of vitriol was surprising, but I suppose I shouldn’t have been surprised because one sees again and again in public life today people being branded as homophobic or transphobic or whatever.

“Really it’s an attempt to shut down discussion, attempt to silence people, to squeeze out and exclude views with which they disagree.”

Watch the full interview below: 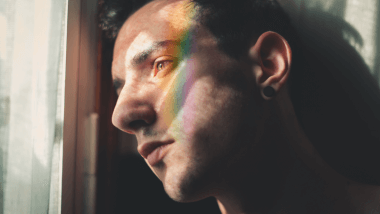 Christian whose testimony was branded ‘conversion therapy’ speaks to CI