The pandemic-effect has led to doctors being more willing to hand out ‘Do Not Resuscitate’ (DNR) orders, a survey has revealed.

Researchers found that over half of participating medics thought they were making more patient DNRs after the pandemic compared to pre-pandemic levels.

During the Covid-19 outbreak, evidence emerged of blanket use of DNRs for elderly and disabled patients in some places.

The online survey, conducted by academics at St Mary’s University, Twickenham, reported that only 3 per cent of doctors believed they were applying fewer orders post-pandemic.

When asked which factors had most influenced their DNR decisions before and after the pandemic, the survey showed a 9.1 per cent rise among participants who cited “patient age” as a “significant contributing factor”.

Commenting on the survey, Age UK’s Caroline Abrahams said that during the early stages of the pandemic, “some older people were unable to access the treatment they wanted and required”.

“That must not be allowed to become ‘the new normal’: older people have the same rights to help from the NHS as anyone else and doctors’ judgments must be objective and based on clinical need.”

Last year, The Daily Telegraph revealed that children with learning disabilities were offered ‘Do Not Resuscitate’ (DNR) orders during the coronavirus outbreak.

Karen Woollard told the newspaper that she was asked the question as she attended a check-up with her teenage son Toby, who has Down’s syndrome. She explained: “A child with a learning disability has to fight for so much, do they now have to fight for their life too?” 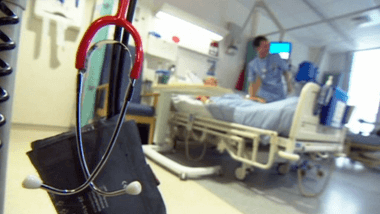