A Christian doctor sacked for challenging transgender ideology at work will have his appeal against an Employment Tribunal ruling heard next month.

In 2018, Dr David Mackereth was forced out of his job as a trainee disability assessor with the Department of Work and Pensions after saying he could not in conscience call a man “Mrs” or “she”.

The Tribunal in 2019 said Dr Mackereth’s biblical views on gender were not “worthy of respect”. But following Maya Forstater’s landmark win on a similar point last year, he believes there are strong grounds for appeal.

Dr Mackereth’s legal representative at the original hearing said his client’s belief rested on Genesis 1:27: “So God created man in his own image, in the image of God he created him; male and female he created them.”

But the Tribunal ruled: “belief in Genesis 1:27, lack of belief in transgenderism and conscientious objection to transgenderism in our judgment are incompatible with human dignity and conflict with the fundamental rights of others”.

While the judgment acknowledged Dr Mackereth’s views were “genuinely held”, it did not accept they were protected under the Equality Act 2010.

Christian Concern, which is supporting Dr Mackereth’s new appeal, has said its lawyers will argue that “the Forstater ruling has resolved the ‘central issue of law’ raised in Dr Mackereth’s case”.

Former tax consultant Maya Forstater lost her job in 2019 after tweeting that biology determines whether people are male or female.

A subsequent Employment Tribunal ruling stated that her belief in “only two sexes” was incompatible with the fundamental rights of others and was therefore not protected under the Equality Act.

However, at appeal last year, Mr Justice Choudhury declared that the Tribunal was in error and that Forstater’s beliefs were protected under the legislation.

Ahead of the Employment Appeal Tribunal in March, Dr Mackereth said: “My case affects everyone, not just me and Bible-believing Christians, but anyone who is concerned by compelled speech and transgender ideology being enforced on the NHS and other public services.

“The judgment from two years ago said to Christians ‘you have to believe in transgender ideology.’ That is totalitarianism.” 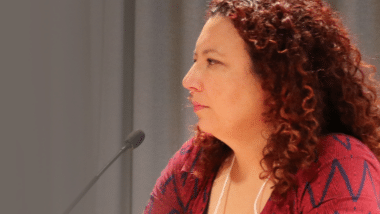