The Lord Chancellor has claimed that divorce is not linked to marriage, during a debate on the controversial no-fault divorce Bill.

The Divorce, Dissolution and Separation Bill moved a step closer towards becoming law after it was voted through by MPs last night.

The debate saw a number of Conservative MPs giving impassioned speeches in favour of protecting marriage as they rebelled against the Government, but the Bill passed by 231 votes to 16.

Currently, anyone wishing to divorce must prove the “irretrievable breakdown” of their marriage due to separation, or one of the parties being at fault. The Divorce, Dissolution and Separation Bill removes this requirement, allowing a spouse to simply ‘give notice’ of their intention to divorce.

The Lord Chancellor and Justice Secretary Robert Buckland, who is driving the Bill, said in the debate that the law should seek to reduce conflict between divorcing spouses, and make the legal process “less painful”.

But when Jim Shannon, MP for Strangford, raised the issue of reconciliation, his concerns were dismissed.

Shannon said: “More funding must be allocated to counselling services to provide trained help for those in marriage difficulties and to prioritise saving a marriage.” Buckland responded that “by the time a decision to issue a divorce petition has been made, matters have sadly gone beyond that”.

MPs who voted against:

Conservative MP Martin Vickers pointed out that whenever the law on divorce has been changed, the number of broken marriages has gone up, and asked Buckland if he would concede the new law would send “the wrong signal to society”.

But in a startling response, the Justice Secretary stated: “I do not believe that issues of reform of the process of divorce are germane to the issue of marriage itself”.

He then went on to claim that ‘the Bill did not have consequences for society’s perception of relationships and marriage’.

Despite Buckland’s assertions to the contrary, Fiona Bruce said that the Bill will not help children.

She said “it is the very fact of parental separation which can be, and often is, an adverse childhood experience with long-term consequences. Moreover, the break-up of a low-conflict family can be just as, if not more, harmful to a child than a high-conflict one.

“Children who do not see conflict played out in front of them can be more likely to blame themselves when parents separate or assume they cannot rely on relationships, as they are likely to end for no apparent reason, and that family breakdown is more or less inevitable, with the sad consequence of their repeating that behaviour in their own lives.”

More Conservatives stood up to oppose the Bill, including Sir Edward Leigh. He highlighted the lack of public support for the Bill, pointing out that “80% of the people who were consulted opposed this measure”.

He said that in a separate poll, “72% said that if we were to bring in compulsory no-fault divorce, people would get more blasé about divorce”.

Sir Desmond Swayne echoed the sentiments of his colleagues, asserting that “divorce is the swiftest route to poverty”.

“the easier we make divorce, the more we shall have of it”

He noted that when constituents come to him with debt, housing, education or child access problems, “scratch the surface and nine times out of ten, divorce or family breakdown are the root cause”.

He added that “the easier we make divorce, the more we shall have of it”.

Danny Kruger, who previously worked for Boris Johnson, told the Commons: “What is really proposed here isn’t just a speeding up of no-fault divorce, but the effective abolition of the marriage vow.

MPs will have opportunities to try to amend the Bill as it progresses through its remaining Parliamentary stages in the coming weeks. 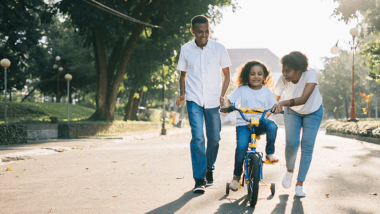