Oscar-winning actor Denzel Washington has expressed his desire to live a God-honouring life in a world where he says people are increasingly becoming ‘lovers of self’.

In a wide-ranging interview with the New York Times, Washington spoke about how important it is to remove himself from the many conflicting narratives of the world, which he says are leading people astray.

Washington is the son of a Pentecostal minister and became a Christian himself at the age of 20.

The two-time Academy Award winner implored his interviewer repeatedly to seek the truth of the Bible, starting with the New Testament, and explained that his faith is more important than his work.

“What I do, what I make, what I made — all of that — is that going to help me on the last day of my life? It’s about, who have you lifted up? Who have we made better?

“This is spiritual warfare. So, I’m not looking at it from an earthly perspective. If you don’t have a spiritual anchor you’ll be easily blown by the wind”.

Washington, who described himself as “a God-fearing man”, recently promised his dying mother that he would “attempt to honour her and God by living the rest of my days in a way that would make her proud”.

The actor has become increasingly public about his faith in recent years and warned of the dangers of putting oneself before others. He said: “The enemy is the inner me. The Bible says in the last days — I don’t know if it’s the last days, it’s not my place to know — but it says we’ll be lovers of ourselves.

“The No. 1 photograph today is a selfie, ‘Oh, me at the protest.’ ‘Me with the fire.’ ‘Follow me.’ ‘Listen to me.’ We’re living in a time where people are willing to do anything to get followed.”

Earlier this year, Washington told a Christian men’s conference that fame and success does not make a Christian’s life easier, but instead it “just magnifies the problems and the opportunities”, and encouraged those in attendance to “stay on your knees” and “listen to God” rather than to him.

“I hope that the words in my mouth and the meditation of my heart are pleasing in God’s sight, but I’m human. I’m just like you. What I have will not keep me on this Earth for one more day. Share what you know, inspire who you can, seek advice. If you want to talk to one someone, talk to the one that can do something about it.”

He also encouraged the men to persist in their daily walk with Christ, saying: “My chest is sagging right now because I haven’t been lifting weights. I’m losing weight first. So you got to lift them faith weights. You got to do your curls and your squats daily.” 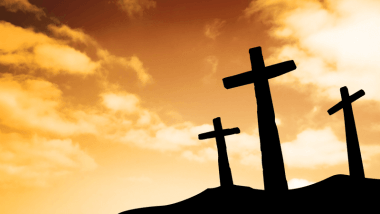 Aladdin star opens up about her Christian faith

Benik Afobe: ‘Christ comforts us’ after death of daughter

Christian American football player: ‘I want to serve God through my work’