Former Cabinet Minister David Davis has questioned whether the Culture Secretary understands the danger of the Government’s Online Safety Bill.

Culture Secretary Nadine Dorries, whose department is sponsoring the Bill, claimed Davis should read the legislation. But he said “it’s not me that needs to take a long hard look at it.”

The former Cabinet Minister said Dorries claims the Bill will make free speech more secure, while not appearing to understand that “the real danger lies with the subtle pressures on free speech that the Bill will impose”.

The legislation was dropped from the parliamentary timetable before summer recess, and is expected to be rescheduled for the autumn once a new Prime Minister is in place.

Davis warned that strong incentives for social media companies to restrict ‘legal but harmful’ content for adults will cause companies to “err on the side of censorship, for fear of being punished for not censoring enough”.

He said many firms “are already predisposed towards policing controversial ideas” and the Bill’s “vague” free speech protections “will not be a robust safeguard against the kinds of censorship this Bill will encourage”.

The former Cabinet Minister expressed concern that there will not be proper parliamentary scrutiny over what should be considered ‘harmful’ content, giving a blank cheque to Dorries and her successors to amend the definition at will through secondary legislation.

He stated: “The Bill is jam packed with unintended consequences that the Secretary of State does not appear to comprehend. It is unacceptable that such a huge piece of legislation is so poorly understood by those trying to railroad it through Parliament.”

Writing in the Sunday Express earlier this year, Davis said the Bill “could be the biggest accidental curtailment of free speech in modern history”.

Last month, the Christian Institute’s Ciarán Kelly commented on the delay of the controversial legislation.

He said: “The Bill attempts to regulate social media content that the Government deems ‘harmful’ to adults even though it is perfectly legal. This dangerously vague approach risks arbitrarily censoring mainstream biblical teaching on sexual and medical ethics.

“Its scope should have been limited to uncontroversial and beneficial areas such as the long overdue protections for children from online pornography. These will now be delayed yet again.” 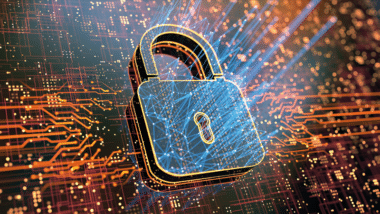