One of the first couples to be married in England following the easing of lockdown restrictions on 4 July have told the BBC why their Christian faith made the ceremony so important.

Phil Hobbs and Beth Johnson had originally planned to be married three months ago. They were finally able to hold their wedding on Saturday with a maximum of 30 people in attendance and social distancing measures in place.

The newlyweds said that despite the hurdles to getting married, they didn’t live together before their wedding “because that’s against what we believe”.

Revd Chris Tuffnell of Christ Church, Fulwood in Sheffield explained: “It’s not all about the party afterwards”, the “heart of what’s going to be happening is their vows to each other before God, before other witnesses, marking the start of their married life together”.

It is estimated that up to 74,000 weddings in England had to be postponed before the marriage ban was lifted last week.

Last month, campaign group Coalition for Marriage (C4M) called on the Government to end the ban on weddings.

In a blog post, C4M said that many lives have been “profoundly affected” by the ban.

“Marriage is much more important than most other public events. It is not a mere form of entertainment – an excuse to dress up and have a party. Neither is it a simple formality. It goes much deeper, its impact much wider. It is about two people publicly committing to one another and forming a new family unit.” 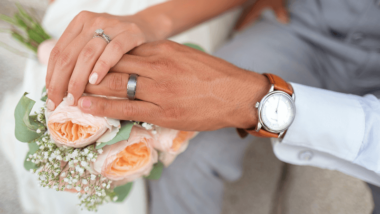 Church services and weddings can restart in England from 4 July