A father-of-six who converted from Islam to Christianity is recovering in hospital after being violently attacked in Bradford.

Nissar Hussain was set upon as he walked towards his car outside his house.

The attack was captured by Hussain’s home CCTV cameras which show two men emerging from a car at around 5pm and attacking the 49-year-old. Neighbours quickly come to his aid, as the men are driven off.

Police are investigating the attack as a religious hate crime, and have urged witnesses to come forward.

Speaking about the incident, Hussain said: “I couldn’t see their faces. It happened so quickly that I couldn’t run. One immediately hit me with a pick axe.

“The full force was on my head, I put up my arm instinctively to protect my head and that’s how my hand got broke.

“From there I tried to back pedal and my heel caught the kerb. I fell and from that point I was a lame target. They laced into me.”

It is understood that Nissar and his wife Kubra converted to Christ in 1996. In 2008 the family were part of a Channel 4 documentary about people who have left the Muslim faith. 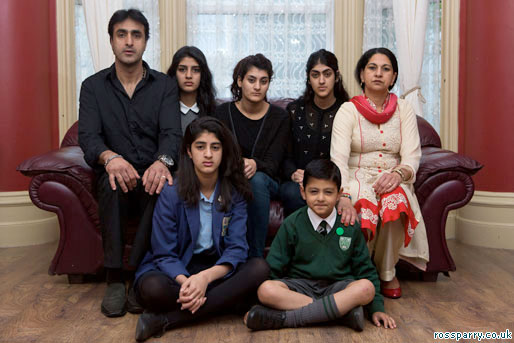 Following the programme, he says they have faced abuse and threats. However, he says he does not regret speaking out as “this is an issue for converts up and down the country”.