The Canadian Government is seeking to make it legal for doctors to directly kill or assist the suicide of vulnerable people who are not terminally ill.

Bill C-7 will remove the requirement for a person’s natural death to be “reasonably foreseeable” and let disabled people, including those suffering from a mental illness deemed to be incurable, to access Medical Assistance in Dying (MAID).

Although the Bill stalled in the Canadian House of Commons at its final reading, the Quebec Superior Court has given the Government until 26 March to have the legislation in place.

Heidi Janz, ethics professor at the University of Alberta and chair of the Council of Canadians with Disabilities’ Ending-of-Life Ethics Committee, called the plans “irresponsible and extremely unethical”.

But she confessed that she worries about the effect expanding euthanasia will have “on kids and youth with disabilities”.

She added: “What keeps me up at night is knowing that this is not the message the current generation of kids with disabilities is getting. Instead, they’re hearing about parents requesting MAID for their disabled kids.”

In an article for The Conversation, palliative care expert Dr Leonie Herx said: “As a physician, my job is to restore hope and promote healing. It’s not to suggest death as the answer to suffering and to facilitate ending someone’s life.”

She added: “Bill C-7 is based on a very narrow view of autonomy”.

“Legislative protections need to be put in place to prevent people from being pressured into MAID and doctors from being forced to facilitate it.”

In the Canadian Parliament, opponents of the Bill expressed alarm at the prospect of those with a mental illness being killed by their doctor.

Michael Barrett MP said that, rather than giving vulnerable people “adequate care”, the Government was striving to “offer them death”.

The MP continued: “We need to help people get better and to give them hope, not do everything we can to make death the easiest path for them.”

We need to help people get better and to give them hope, not do everything we can to make death the easiest path for them

He also said: “I urge my colleagues on all sides of the House to reaffirm the dignity that is inherent and inalienable in all people, in every person, and to keep the preferential option for the vulnerable in mind. That option is care and support, not death.” 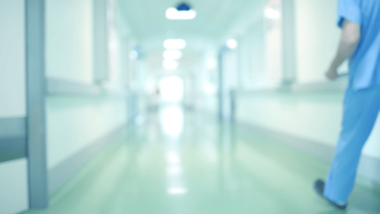 Euthanasia deaths rise in Canada with people citing ‘being a burden’

2,000 Irish medics speak out against euthanasia and assisted suicide