The majority of Scottish adults support banning alcohol adverts on TV before the watershed, a survey has found.

The poll from YouGov found that of over 1,000 respondents, 68 per cent supported a watershed ban, and 71 per cent said cinemas should only show alcohol ads before films with an 18 certificate.

In addition, 51 per cent also backed a ban on alcohol ads in parks and streets, as well as on public transport.

Alcohol Focus Scotland’s Chief Executive, Alison Douglas, said: “Despite ever-growing evidence that exposure to alcohol marketing is a cause of drinking onset and binge drinking, the current system of self-regulation is failing to protect our young people.”

Dr Nathan Critchlow of the Institute for Social Marketing and Health at Stirling University said that the limits on alcohol advertising could have the same effect as that of tobacco.

“Although tobacco and alcohol are not identical products, the impact of various UK Government restrictions on tobacco marketing on youth smoking rates are plain to see, so it is logical that restrictions on alcohol marketing may be similarly effective.”

Analysis by NRS reveals alcohol-related deaths were higher than average in all but two months of 2020. 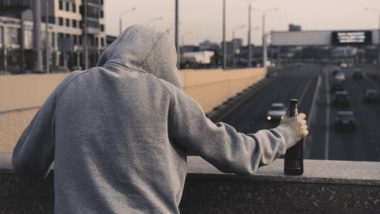 Alcohol deaths up 17 per cent in Scotland