A parent or carer seen chastising their child with a smack should have the police called on them, according to new Scottish Government guidelines.

Despite repeated denials that the smacking ban which comes into effect on 7 November would criminalise parents, the guidelines direct those who witness a smack to “call 999 to report a crime in progress”.

In January senior officers at Police Scotland raised concerns, saying that the country’s impending smacking ban would have a “significant impact” on its finances.

Sociologist and spokeswoman for the Be Reasonable group Dr Ashley Frawley said: “Supporters of the smacking ban, including the Scottish Government, constantly claimed that it is ‘not about criminalising parents’.

“Yet here we have government guidance encouraging the reporting of smacking as a ‘crime’ and confirming that parents can be ‘prosecuted’. 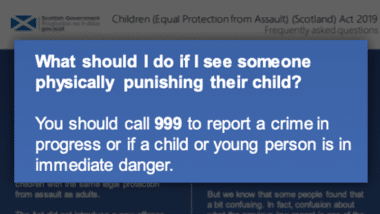 “This confirms what we’ve been saying from day one – the smacking ban will turn ordinary, decent mums and dads into criminals.”

She added: “The idea that Scots should inform on one another for smacking is chilling. Curtain twitching neighbours will have a field day.”

Last year, Holyrood’s consultation on a smacking ban showed that 97 per cent of submissions by members of the public were opposed to a ban, while just 3 per cent supported it.

Most councillors in Scotland also opposed the ban, saying local authorities would not be equipped to deal with the repercussions.

Whilst Scotland is the first country in the UK to introduce a ban, from 2022 in Wales parents who give their children a mild smack risk prosecution. 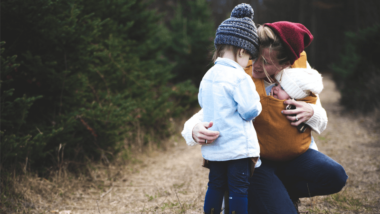