Billy Vunipola: ‘Why I didn’t kneel for Black Lives Matter’

Christian rugby star Billy Vunipola has explained why his faith in Jesus meant he couldn’t kneel for a Black Lives Matter protest.

For the restart of Premiership rugby matches following lockdown, all clubs chose to show their support for the Black Lives Matter (BLM) movement, and Saracens players were asked if they wanted to ‘take a knee’ before kick-off.

This gesture is synonymous with BLM, and many players, including Vunipola and two of his Saracens teammates, chose instead to remain standing to demonstrate their opposition to racism without endorsing the organisation.

‘I can’t support that’

While aknowledging the need to speak out against racial injustice, leading US evangelicals such as John Piper and Al Mohler have criticised the BLM movement itself for promoting values which are “antithetical to biblical Christianity”.

Speaking on ‘The Good, The Bad & The Rugby’ podcast, Vunipola explained his clear position on BLM.

“We were asked if we wanted to take a knee or not, and what I saw in terms of that movement was not aligned with what I believe in. They were burning churches and Bibles. I can’t support that.

“Even though I am a person of colour, I’m still more a person of, I guess, Jesus.”

Vunipola’s comments were made during a discussion about the backlash he received for a social media post he wrote in support of Israel Folau, who was criticised for saying that homosexuality is a sin.

Podcast host Alex Payne asked if Vunipola had any regrets about supporting the post, but the player said he would still maintain his position that homosexuality is sinful.

“I wouldn’t go about it the same way, it would be more of a conversation from my point of view. I’d talk to whoever had any questions. If it happened again now and they said, ‘Billy do you stand in support of it?’ I would have to say yes, because I’ve made my position clear.”

He added: “To have forgiveness or to go to Heaven, or to not go to Hell – the centre of it all is believing in Jesus Christ and essentially that’s what I wanted to get across.”

He also spoke about why it was important for him to take a stand in the first place, saying: “I could easily have been, ‘Nah, I’m not going to support this’.

“I didn’t sleep for two or three days after I saw [Folau’s] post because something inside me was saying, ‘Do you actually believe in Jesus Christ or do you not?’ That was the challenge that I was battling with, not what Folau had said.

“But from reading all the comments, it was something that challenged me to step up to a level that I’d never been before in terms of, ‘Am I actually going to put myself in a position where people dislike me and ridicule me?’

“I didn’t enjoy being ridiculed, I didn’t. But at the same time what I did find comforting is that I stood up for my faith and that I didn’t just fall by the wayside.” 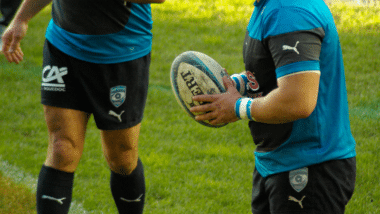