The mother of a baby boy who was given only a 15 per cent chance of survival has spoken of her delight as she welcomed him home.

Despite suffering six different infections, two collapsed lungs and sepsis during his stay on a neonatal unit, Lucas has now been discharged from Liverpool Women’s Hospital.

Speaking to the BBC, Sarah explained that a nurse had said: “It was unlikely to be a good outcome for a baby born at 23 weeks.”

“They were saying at the start there’s a 15% chance of survival. I can’t really remember much about it. I just remember feeling quite overwhelmed.”

At birth, Sarah described Lucas as looking no larger than the size of a “Biro pen”.

She added: “He was a very poorly baby at the start and I remember the doctors saying ‘just prepare yourself’.”

After 142 days in hospital, Lucas has been allowed home for the first time.

Sarah said of the experience: “I can’t even describe my emotions. It was amazing. It was unbelievable.”

The new mum, herself a nurse, thanked the staff on the neonatal unit for saving “my little boy’s life. I can’t thank them enough”.

Last month, the parents of the UK’s smallest baby shared their joy at being able to hold her for the first time.

But much to their delight, Hannah has continued to develop and now weighs 19 ounces.

Brandon told The Independent: “We have both got to hold her a couple of times”, adding: “Her eyes have opened and she’s pretty aware now. She was waving at us, and we wave back.” 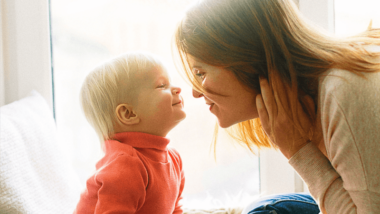 Baby given 1 in 5 chance of survival celebrates fifth birthday

Baby born with hands smaller than a penny returns home