An attempt to legalise assisted suicide in the US state of Connecticut has failed after senators voted against it.

It is the tenth failed attempt to legalise the practice in the state.

Had the Bill passed, terminally ill patients would have been able to legally obtain drugs to kill themselves.

Objecting to the so-called aid-in-dying Bill, Senator John Kissel said vulnerable people could feel pressured into an assisted suicide for reasons other than suffering, such as becoming a financial burden to family members.

He called the legislation “horrible public policy” and suggested the state prioritise improving health and hospice care instead.

Cardiologist Dr Mark Somers also spoke out against the Bill, telling legislators he could never “actively participate in causing death”.

He wrote: “Prescribing lethal doses or combinations of medications that are lethal is illegal and unethical.”

Following the Bill’s defeat, two Yale University School of Medicine professors wrote an op-ed in the Connecticut Post outlining why the legislation had been so dangerous.

Doctors Sofair and Wu explained that a physician’s ability to determine the timing of death is imperfect, and that some patients defy expectations to live “many fulfilling years with their families”.

They also said that so-called safeguards do not work, citing evidence from the Netherlands, where assisted suicide has been legal since 2001.

The professors added that in their combined 65 years of experience, they “simply do not see patients who die in intractable pain or without dignity when given the appropriate medical and supportive care”.

Earlier this year, Westminster’s House of Lords rejected the latest attempt to legalise assisted suicide in England and Wales.

Peers voted by 179 votes to 145 against an amendment to the Health and Care Bill which sought to allow terminally ill adults to get help from doctors to kill themselves.

It was the twelfth time since 1997 that proposals for assisted suicide related laws have been stopped by UK parliamentarians. 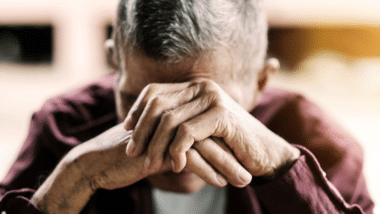