The Department for Transport (DfT) has suggested that breathalysers could be fitted which immobilise vehicles of repeat drink-drive offenders, if the measure of alcohol in the driver’s breath exceeds the legal limit.

DfT statistics estimate that 13 per cent of all road accident deaths in 2018 involved “at least one driver over the alcohol limit”.

The DfT report shows that the “total number of accidents where at least one driver was over the alcohol limit rose by 3% to 5,890 in 2018” compared to the previous year.

The report also states: “An estimated 8,680 people were killed or injured when at least one driver was over the drink-drive limit.

Since May 2019, The Parliamentary Advisory Council for Transport Safety has been conducting research into the feasibility of using ‘alcolocks’ to combat drink-driving.

Executive Director, David Davies, said “More than fifty years after the introduction of the breathalyser in the UK, drink driving remains a major road safety problem”.

According to DVLA figures obtained by road safety charity Brake, there were 5,181 repeat drink-drive offenders caught between 2015 and 2019. 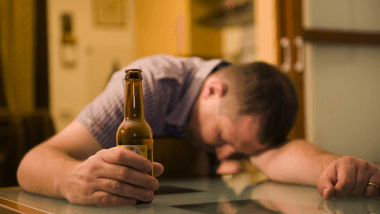 Footballer-turned-pastor: ‘God turned my life around’