More than 80 groups have called on the US Senate Minority Leader to uphold the religious freedom of Americans to act in accordance with their belief that marriage is between a man and a woman.

Under the legislation, activists could sue religious organisations that act in line with their belief in traditional marriage while operating on behalf of a state. For example, this could endager Christian foster care providers or businesses that provide services under contract with a state government.

The signatories said: “The truth is, while H.R. 8404 does nothing to change the status of, or benefits afforded to, same-sex marriage in light of Obergefell, it does much to endanger people of faith.”

President and CEO of ADF Michael P. Farris commented: “It also empowers the government to punish millions of Americans who hold decent and honorable beliefs about marriage—beliefs that have existed since time immemorial—exposing citizens to predatory lawsuits and even endangering the nonprofit status of faith-based organizations.”

Speaking on the podcast Verdict, US Senator Ted Cruz lamented the Supreme Court’s 2015 ruling imposing same-sex marriage on every US state.

He said: “In Obergefell, the court said, ‘No, we know better than you guys do.’ Now every state must sanction and permit gay marriage. I think that decision was clearly wrong when it was decided. It was the court overreaching.”

In 2020, Dr Mohler raised alarm over an attempt by America’s “most influential LGBTQ organization” to shape US Government policy.

He described the demands being made by the Human Rights Campaign (HRC) in its briefing ‘Blueprint for Positive Change 2020’ as “alarming” and ‘a threat to religious liberty’. 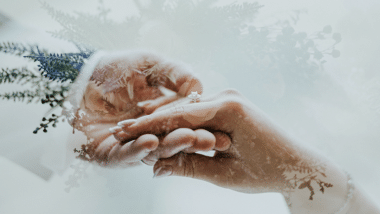