Pro-abortion activists are calling for the introduction of a ‘buffer zone’ around an abortion clinic in Bournemouth.

Campaign group Sister Supporter is pressing Bournemouth, Christchurch and Poole Council to ban people who hand out pro-life literature, offer prayer, or speak to anyone about abortion near the city’s British Pregnancy Advisory Service (BPAS) clinic.

The Westminster Government resisted pressure to roll out buffer zones across England and Wales in 2018, but individual local authorities have powers to impose them by Public Spaces Protection Orders (PSPOs).

BPAS and Sister Supporter allege that patients and staff have been subjected to anti-social behaviour near the clinic, and that this warrants the introduction of a ‘buffer zone’.

Evidence of so-called harassment included people seeking to influence others against abortion and the distribution of leaflets promoting a pro-life message.

One woman, who claimed to have been harassed, told the Bournemouth Daily Echo: “When I arrived at the clinic I could see three people stood on the green outside the front holding a sign saying ‘Pregnant? Need help?’”

Responding to the allegations, Councillor Bobbie Dove said the Council’s anti-social behaviour team had been working with the activists and Dorset Police “to support the clinic and its clients”.

Last month, members of the Northern Ireland Assembly backed the introduction of abortion ‘buffer zones’ across the Province.

The new legislation criminalises actions deemed to ‘influence or alarm’ those accessing abortion clinics. Pro-life campaigners found to be in breach of the law risk a £500 fine.

Elsewhere, Scotland’s Women’s Health Minister Maree Todd said that legislation to introduce buffer zones nationwide are ‘not on the cards’.

In England, PSPOs have already been imposed by local councils in Ealing, Richmond upon Thames and in Fallowfield, Manchester, preventing pro-lifers from protesting peacefully outside abortion clinics in those areas. 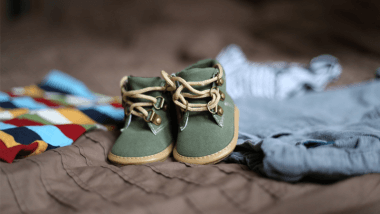