It is now against the law in England and Wales for sports coaches and religious leaders to engage in sexual activity with 16 and 17-year-olds in their care.

A section in the Police, Crime, Sentencing and Courts Act 2022 extends who may be considered to hold a position of trust over a teenager who is above the age of consent but not legally an adult.

Only teachers, police officers and social workers were included in the Sexual Offences Act 2003. Three years earlier, The Christian Institute had warned that this was too narrow and would allow people in other positions of authority to abuse teenagers in their care.

The Government has stated that it has taken a targeted approach, so that the offence only applies to those who assume a position of authority over a 16 or 17-year-old “on a regular basis”.

The Act includes provisions to extend the definitions of what constitutes a position of trust at a later date.

The Institute began campaigning for a comprehensive abuse of trust offence in 2000 after it undertook a detailed analysis of the systemic abuse uncovered by the Waterhouse Inquiry into children’s homes in North Wales.

Deputy Director Ciarán Kelly said the change to the law is “long overdue”.

“We’ve been saying for more than 20 years that the abuse of trust offence was far too narrow. It was obvious that leaving sports coaches, religious leaders and the like out of the scope of the law would put vulnerable young people at risk.

“We’re thrilled that action has finally been taken. It is a hugely important step in protecting young people from exploitation”. 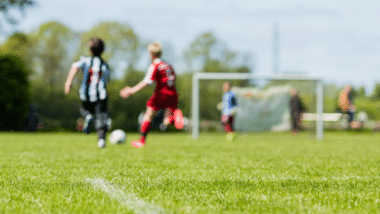